On 16th September 2015, the Lusaka Book Club hosted an event at Foxdale Court in Lusaka to honour Namwali Serpell for winning the 2015 Caine Prize. It was a patriotic moment and definitely a highlight of my week. I'm embarrassed to say that I had never heard of Namwali or the Caine Prize before learning about the event. In preparing to write this journal article, I decided to invest some time researching both. Enjoy!

This £10,000 prize is prestigious and awarded annually to a short story writer. Since the start of the Caine Prize in 2000, Namwali Serpell is the first-ever winner from Zambia. She won for her short story, “The Sack”. Needless to say, this is the kind of thing that makes me want to fly our nation’s flag in jubilation!

The Caine Prize for African Writing is named in memory of the late Sir Michael Caine, former Chairman of Booker plc. He was Chairman of Africa 95, and Chairman of the Booker Prize management committee for almost 25 years.

The eligibility and entrance criteria for the prize include submissions being made by publishers only (and not the writers themselves). I find this a powerful incentive for the growth of Zambia’s own publishing industry. For obvious reasons, local writers choose to publish outside the country. The result is that they earn success outside Zambia before they are even known or recognised locally. Namwali’s case is no exception.

In an interview with The Guardian, Namwali describes the inspirations behind “The Sack”:

When I was 17 I had a dream about a sack, and I didn’t know if I was on the inside or the outside. I found it very disturbing. The Japanese horror director Takashi Miike’s Audition, which also involves a sack, is another inspiration, and it also draws from an encounter I had with [another student] when I was a graduate student.

I was studying American and British fiction, and she was studying African contemporary fiction, and her theory was that any time you saw a sack in African literature, it was a hidden reference to the transatlantic slave trade. I was kind of writing my story against that.

The short story was published as part of Africa39. Africa39 is a Hay Festival and Rainbow Book Club project which selected 39 exceptional writers under the age of 40 from Sub-Saharan Africa.

“The Sack” is also available as part of, “Lusaka Punk and Other Stories” which is the Caine Prize anthology of all the short stories shortlisted for the 2015 prize.

An Audience with Namwali

It’s not every day that I get to meet someone who has their own Wikipedia page. That, I soon learned was just the beginning. Namwali is a Halfrican woman of strong convictions. Believing that “literature is not a competitive sport”, she shared her cash prize with the writers she was shortlisted with. She brings honour to the label “Zambian” and reminds me what it is to be “proud and free”.

At the Lusaka Book Club event, we were given a special treat—a reading of a soon-to-be-published short by the writer herself! I won’t give the story away but I will say that the tale may or may not involve a pair of dobermans…

Here are some photos I took at the audience with Namwali. 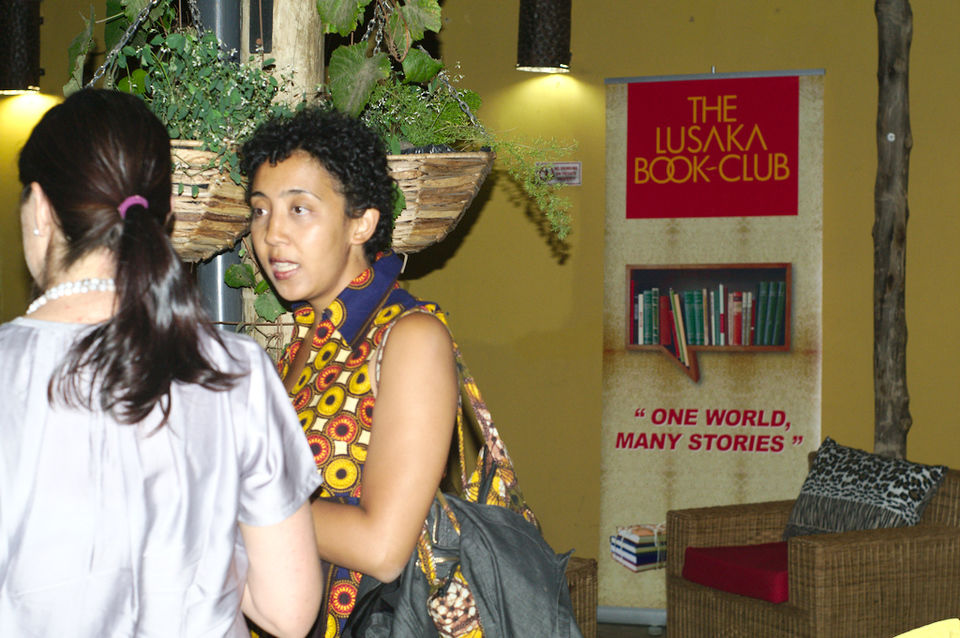 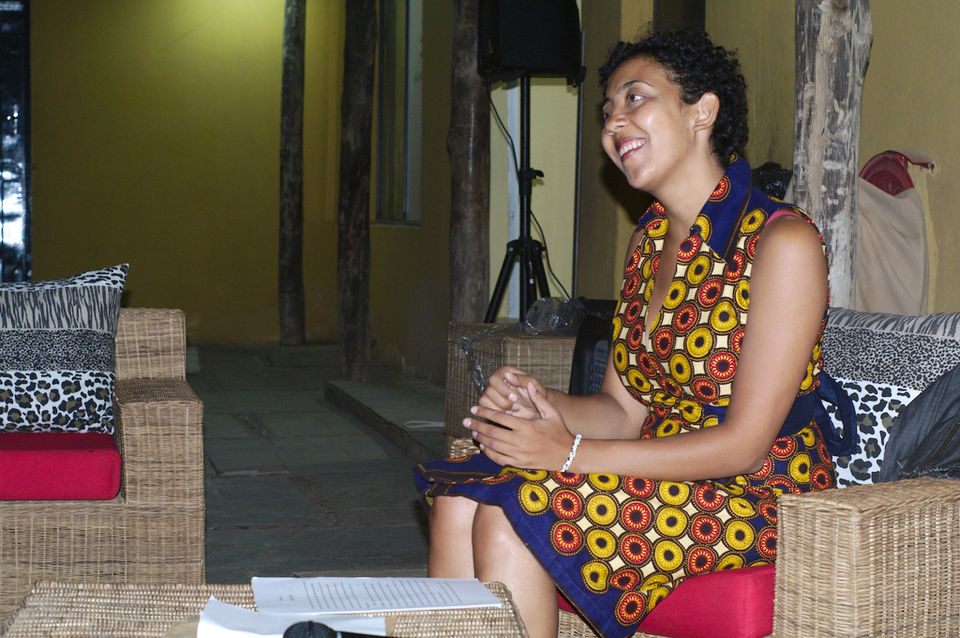 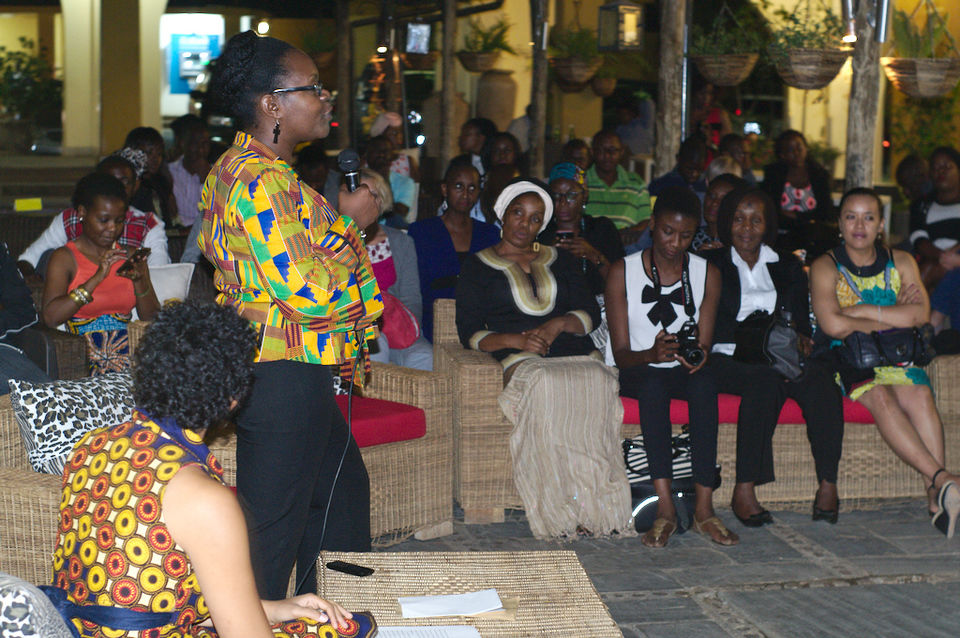 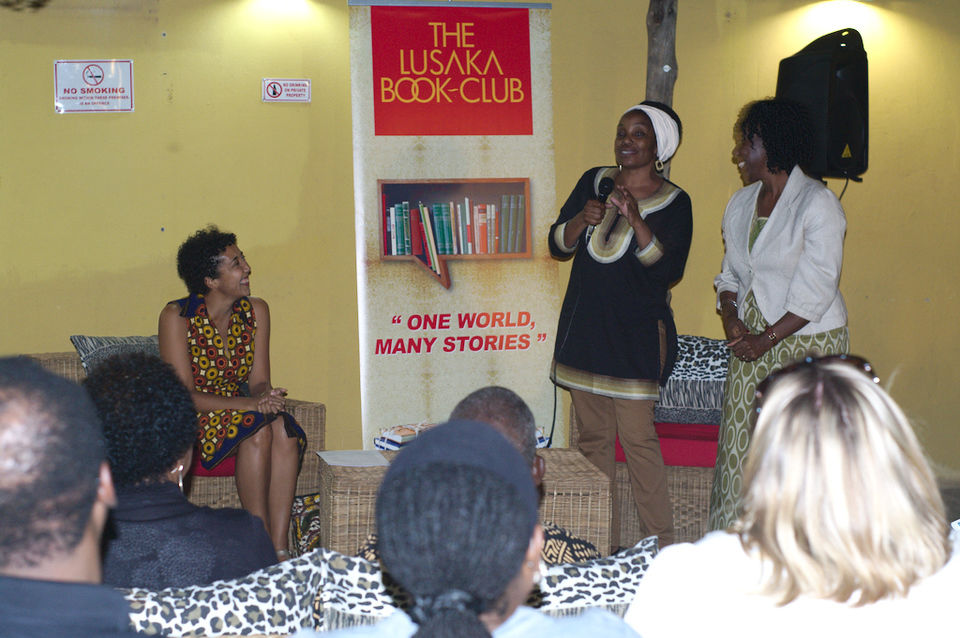 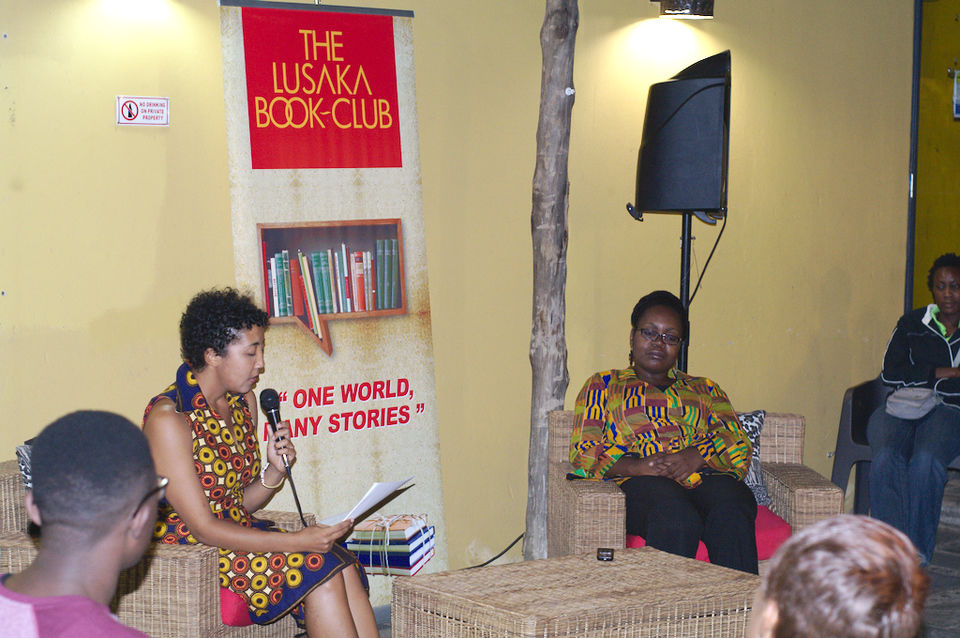 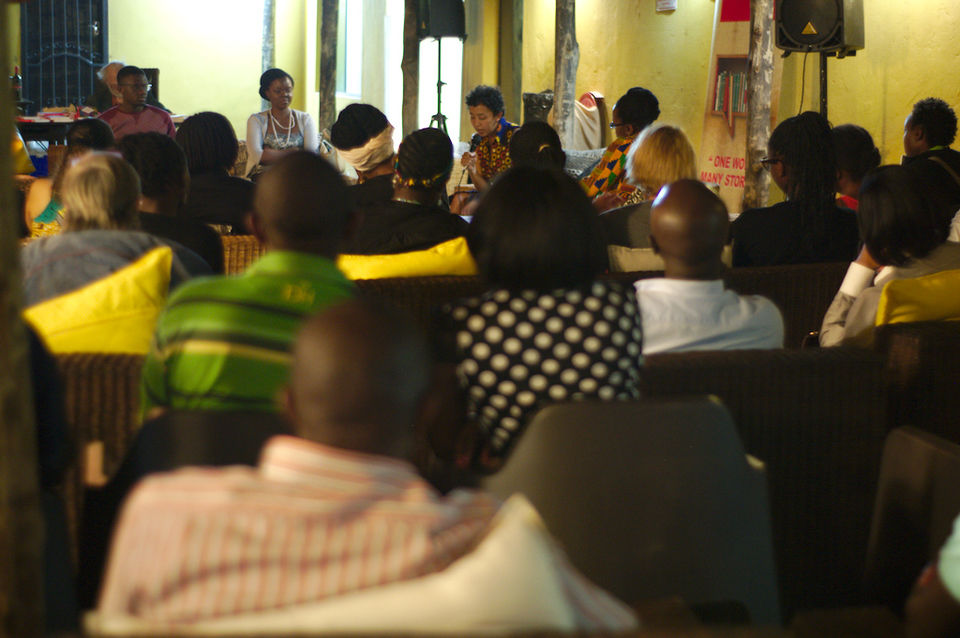 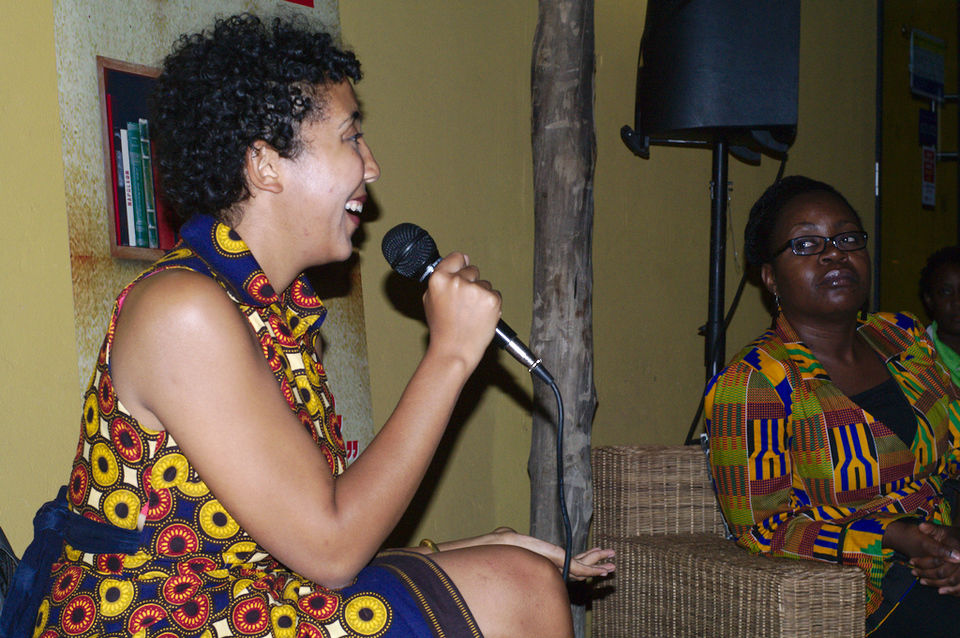 Here are some highlights from Twitter by people who attended the event:

"Literature is not a competitive sport. Its a shared endeavour" @snamwali #AudienceWithNamwali

@AbenaGyekye even got signed copy of anthology he he he. It was a great night couldn't tweet fast enough #AudienceWithNamwali

Still buzzing with inspiration even after 24 hours since #AudienceWithNamwali. Pictures are up on FB! https://t.co/LplIyaoJGQ

"Mine is just one of many Zambian stories" @snamwali #AudienceWithNamwali

Thank you, Namwali, for putting your thoughts into writing.